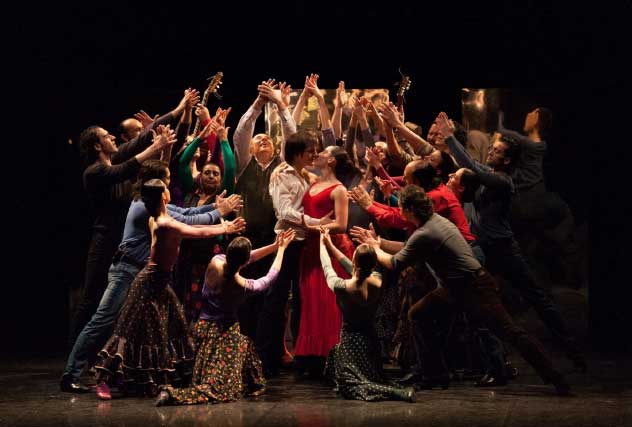 The Antonio Gades Company since its inception is one of the great pillars of the Spanish Dance and Flamenco.

Based on the repertoire of the legendary choreographer Antonio Gades, boasts a private school defined by the Master, that unlike other Spanish formations. Today the company, under the artistic direction of Stella Arauzo , interspersed several generations of artists who allow direct transmission lines that characterize the gadesiana school: an aesthetic and refined language, while rooted in the traditions and culture of the Spanish people.

Gades made of Spanish dance a universal style with a huge expressive capability that lets you take without words, to every corner of the world, classics of world literature as Blood Wedding by Federico Garcia Lorca and Lope de Vega Fuenteovejuna without Carmen forget who signed with Carlos Saura and has remained on the Spanish myth par excellence.

The show attracts and satisfies all audiences regardless of age, educational level or nationality.