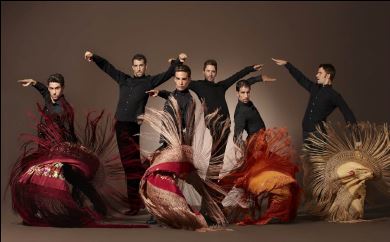 The BNE is, among the projects of the National Institute for the Stage Arts and Music, one of the most known in the world, as ambassador of the Spanish culture. Founded by the Theatre and Entertainment General Direction of the Spanish Ministry of Culture in 1978, The Ballet has evolved in accordance with the new times and has known how to preserve its interest in all styles of Spanish dance, performing choreographies such as those of Escuela Bolera, flamenco and stylized Spanish dance. On the other hand, it has combined tradition and modernity, not forgetting main aspects as training and performing new projects. During its 33 years, it has performed, in the most renowned theatres in the world, emblematic works and has been internationally acclaimed by audience and critics, obtaining various awards. In 2008 and 2010, the BNE has obtained the “Awards Teatro de Rojas”(Toledo) to the Best Dancing Performance, given by the audience, and in August 2010, the International Festival “Cante de las Minas La Unión” has given to the National Ballet of Spain the Stage Arts Extraordinary Prize, because its magnificent contribution to the preservation and diffusion of the best flamenco